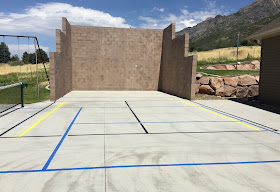 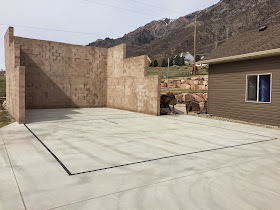 My doubles partner and I went down to the big Huntington Beach tournament in the summer of 2009 and got converted to how much fun the outdoor game could be!  We spent that summer practicing on a very make-shift plywood court that only stood 8 feet tall.  It gave us a feel for the game, but obviously we couldn't hit any lob serves!

Since I live in Utah, there isn't much of a market for outdoor racquetball courts.  When I first decided I wanted an outdoor court in my backyard, I looked all over the internet for instructions or ideas about how to build one and I found nothing.  Not even a hint!  And definitely nothing for the do-it-yourselfer.

I contacted some of the guys who run the World Outdoor Racquetball association and tried to be very helpful.  If you haven't gone to one of their tournaments you should check it out http://worldoutdoorracquetball.net

At one point someone shared a set of plans they use for the portable courts at the 3wall tournament they hold in Las Vegas and other places.  They look like this

It was a nice idea, but not practical for my situation in Utah.  Since we have a few months of "The Greatest Snow on Earth" each winter, I couldn't leave a plywood structure in place without expecting it to weather badly.  And the cost of the marine grade plywood added up pretty quickly if it was going to be replaced regularly.  I toyed with the idea of coating the plywood with stucco or something similar.  I looked into plexiglass or comparable material.  Everything was surprisingly expensive considering the questionable final result it would provide.

Of course I looked into having a foundation wall poured, but the cost was close to 20k.  Most of the residential foundation contractors wouldn't touch the project because they couldn't stack their forms that high.  Commercial contractors could do it, but that pushed the price up. Tilt up panels were similarly priced and difficult to even find.

Eventually I settled on cement block as my best compromise between structure, cost, and low maintenance.  Concrete masonry units (CMU) or "cinder block" is about $2 a block at Home Depot or Lowes.  But I found an even less expensive source--there are salvage yards that "recycle" a lot of materials after a demolition.  One of the local places had piles and piles of concrete block that had been part of the high school that was torn down 30 years ago! The disadvantage to recycled block of course is that it isn't perfect.  Much of it required that I remove chunks of mortar that were still clinging on, some of it was painted, there were different colors, etc.  The positive side (in addition to half price) is recycling/repurposing materials is always great, and these will last longer than I will, so I felt it was the right choice.

The first step of course was to plan it out.  I started with just a simple sketch of the wall, along with the site plan.  I checked with the city to see if I would need a permit.  Because it was not enclosed, I didn't need a permit--in their eyes it was just a sports court.

I had a landscape architect do a rough design when we first built the house in 2011 so that we could have a general idea of where we wanted to put different things in the yard.
After playing some Pickleball that summer, I decided that as long as we were pouring a pad, we should have one big enough to play pickleball and a variety of other activities as well, so the site plan was modified. 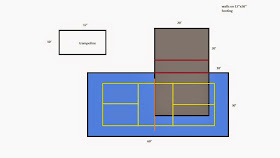 When we researched trampolines, we ended up going with the olympic size rectangular tramp so we modified the site plan again. 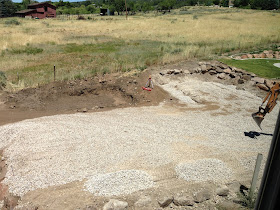 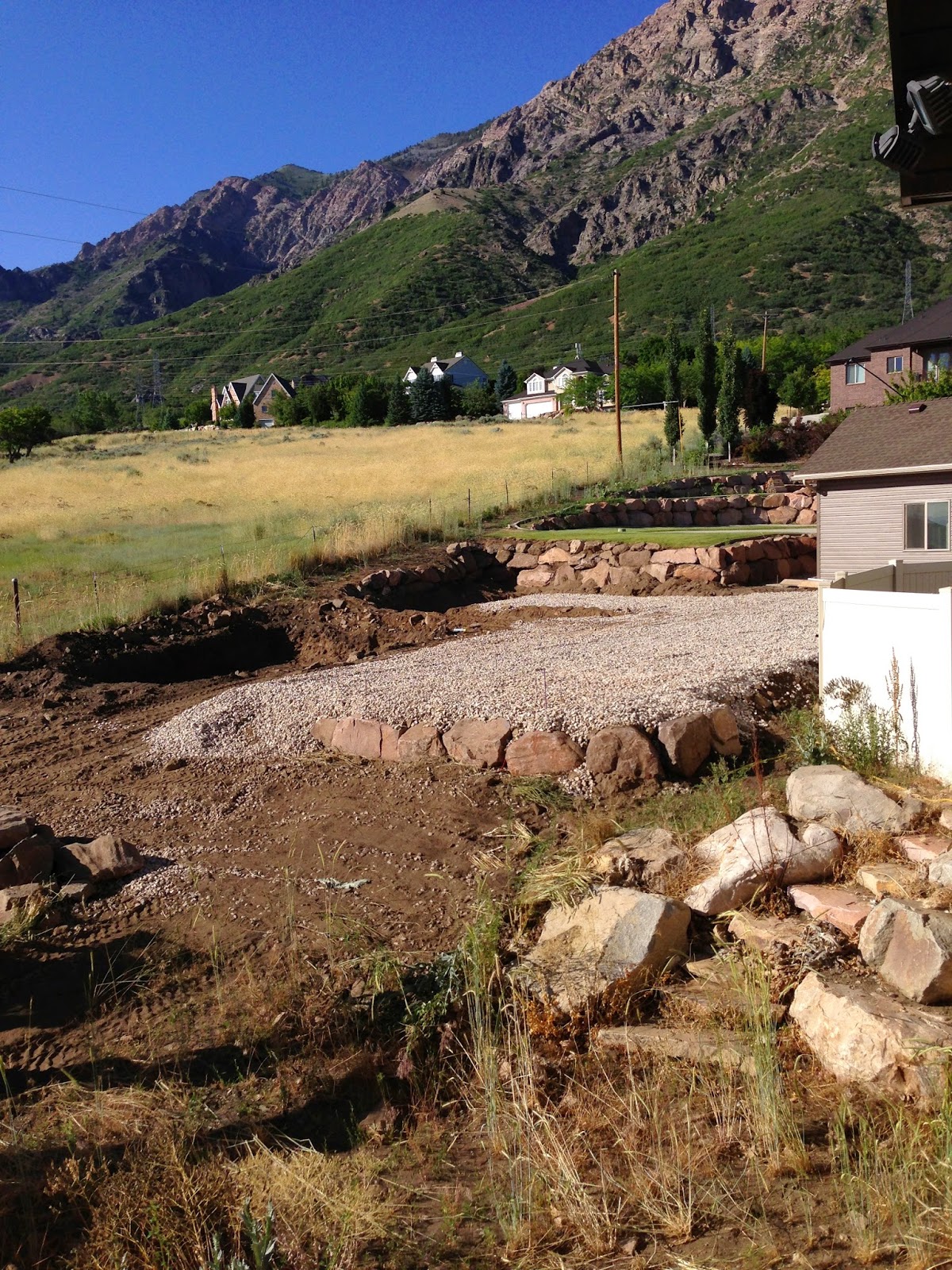 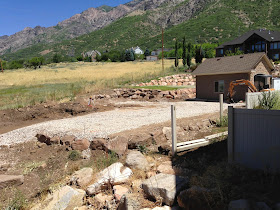 I hired out the prep work for the pad.  I didn't have enough experience with the tractor work to get the grade right, plus I had a contractor friend whose wife needed some work on her teeth so we did some trade.

I also did trade work with another friend to pour the pad. (not much of a diy project so far).  We had footings all along the wall area, using the "L" type foundation shown below which may not have strictly been necessary, but I wanted to make sure we had plenty of support.  Plus if we ever decided to, we could convert this into an enclosed structure.  We also placed rebar in the footing then poured a standard 4-inch pad with extra remesh throughout. 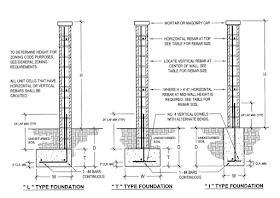 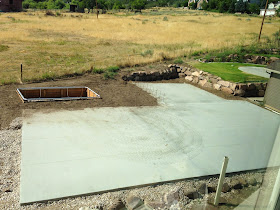 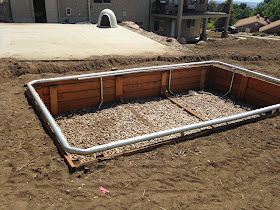 While the Prep work was being done and they were moving dirt and retaining walls around, I asked them to just leave a hole where the trampoline was going to end up.  It worked out perfectly - I was able to frame a retaining box out of pressure treated wood, then just drop the trampoline frame in place and back fill the remaining space so the in-ground trampoline was ready to go! 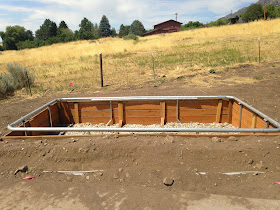 You want the trampoline frame about 2 inches higher than the retaining box.  This allows for air to pass freely between them and avoid the "thwomp" sound of the pad getting forced up by the air every time someone jumps.  So far (in the last two years) no toys have made it in there yet... 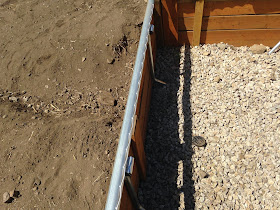 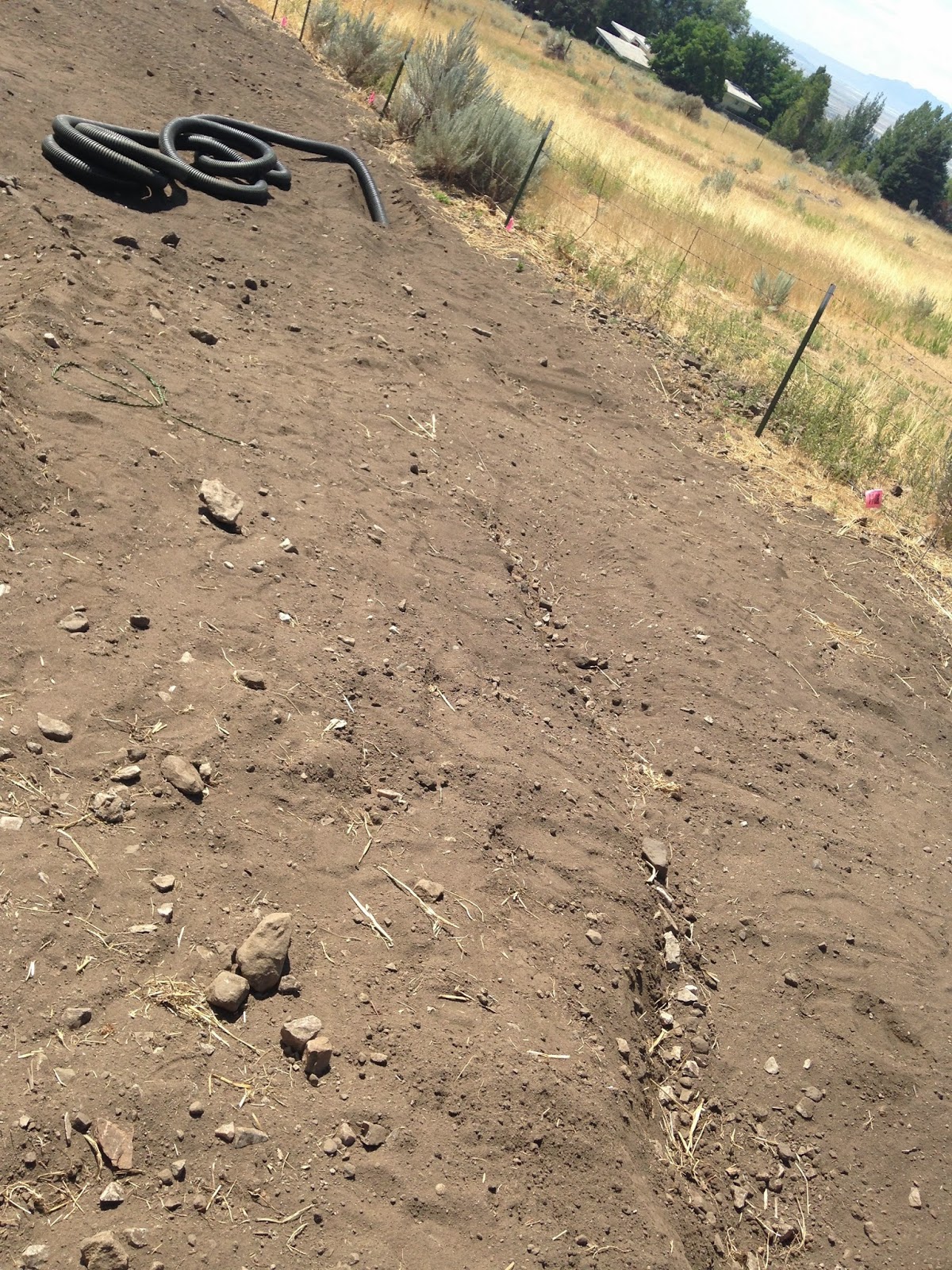 I placed several inches of gravel in the bottom of the trampoline pit (after placing the frame) to act as a sump.  For extra insurance I decided to add a drain that lets out downhill in the lawn so it doesn't become a swimming pool in the spring when the snow melts! 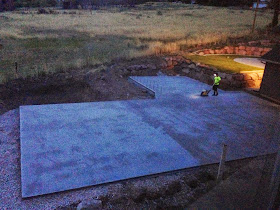 Back to the pad, the saw cuts were made every 10 feet and allowed to cure.


After pouring the pad, I decided I would want some power for lighting and speakers on the court when it was finished, so I started trenching 24" deep.  If you buy the properly rated wire, it doesn't need to be in a conduit, but I couldn't find the 10/3 wire rated for underground use, so I used conduit instead.

The ground was incredibly hard to trench in some areas.  I started with a walk-behind ditch-witch, but after an hour of accomplishing almost nothing, I returned it and found a ride-on instead.  It worked SO much better.  In addition to the ground being hard, I was churning up rocks 12+ inches in diameter, so the walk behind was never going to cut it.


I started on a sunny day and almost had a disaster with an unexpected rain storm.  The rain hit as I was just closing up the boxes.  Fortunately the PVC cement sets fast, because I had a river running through my trough at the end of the day.  I finished my electrical and speaker wire runs with junction boxes behind the court and closed everything off with weatherproof junction boxes so it could sit for the winter.

Finally it was time to start building the wall!  The lower half of the wall was made from some older heavy block - close to 50lbs per block.  As you can see, they were three cell blocks.  This became a little bit of a challenge later when I got some bond beam block for the middle and top courses because everything that was new at the store was two cell, so I just had to work around it and bend some rebar to make it work.  The mortar was mixed in a wheelbarrow and placed with a shovel.  A trowel finished and cleaned up the excess, checking level every 2-3 blocks. 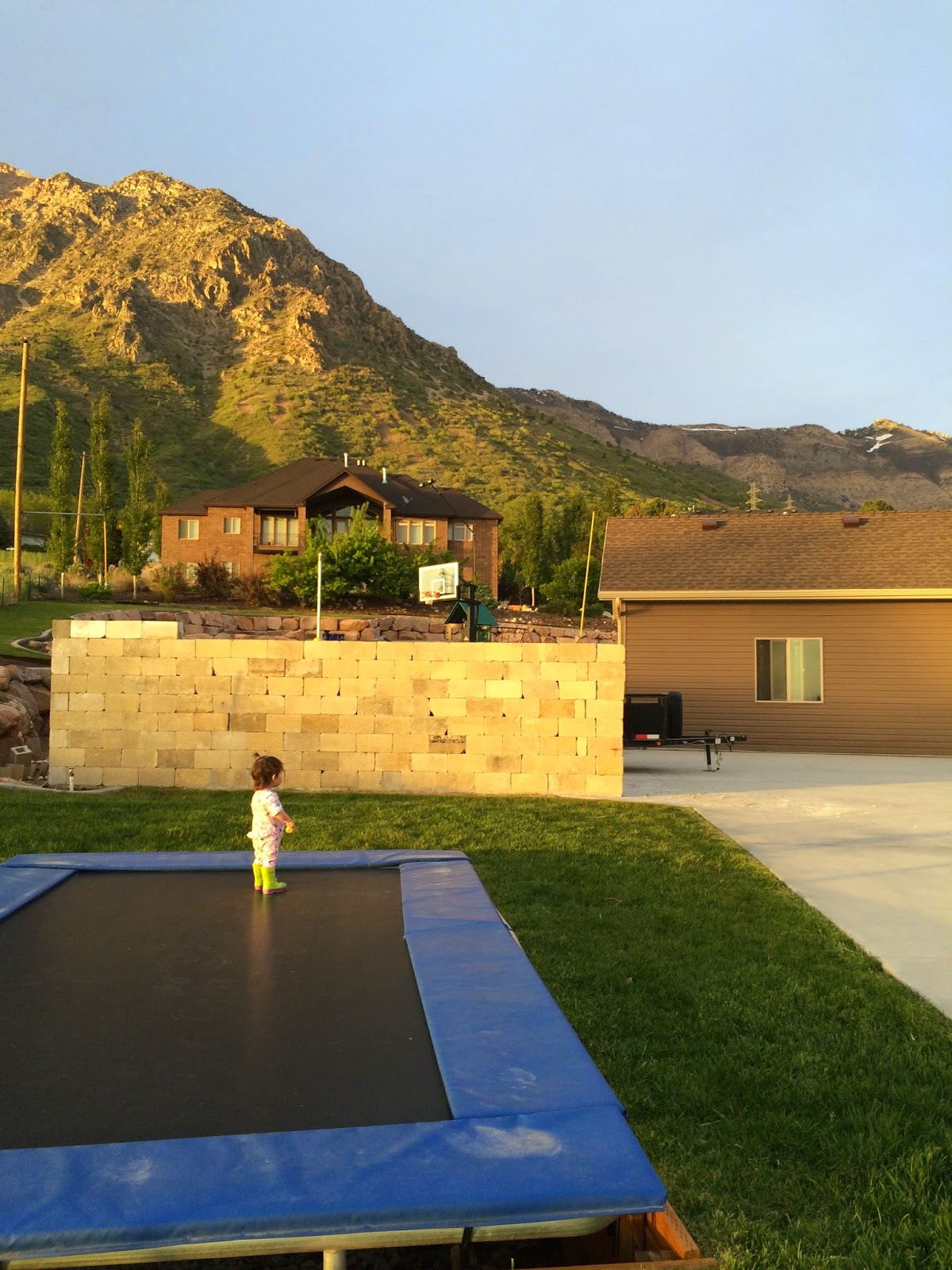 After the first course was laid in mortar, it was allowed to dry before starting on the second course. Since I wasn't experienced with this type of work, I decided to just let it harden before I messed with it any more. From there, the job sped up for a while--I dry stacked the blocks, just alternating the pattern until we got up several rows.  I was concerned about some strong winds knocking the wall over before we added cement reinforcement, but those blocks were heavy enough and had enough friction that they didn't budge.


I bought a used cement mixer that I found online for $75 to speed up the mixing process.  I knew I was going to pour concrete in at least one cell per block for the entire wall.  It ended up taking over 100 of the 80-lb bags of concrete, so I was very glad to have a mixer!   I also looked into hiring a pump to just fill the whole wall at once, but I was concerned about filling the cells adequately if I waited until the end; I didn't want to hire the pump more than once, and in the end it was of course cheaper to do it by hand.  If I was using brand new blocks from home depot with the large two-cell pattern, a pump probably would have worked great. 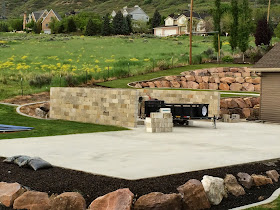 Reese took the first swing at the wall when we just had a handful of rows up.

After I reached about 7' high, it was clear that I would need some scaffolding or some way to reach the upper levels.  Fortunately, a friend let me use a scissor lift.  If it wasn't for the use of the lift, I would probably still be stacking blocks right now!  It really sped things up. However, to get it to the court I had to drive it up the neighbor's driveway, which is pretty steep.  I put the lift in gear and only got about 10 feet up the driveway.  Eventually Greg gave me a good push up the hill and we got it up there.  Driving it back down at the end was actually a little scary! 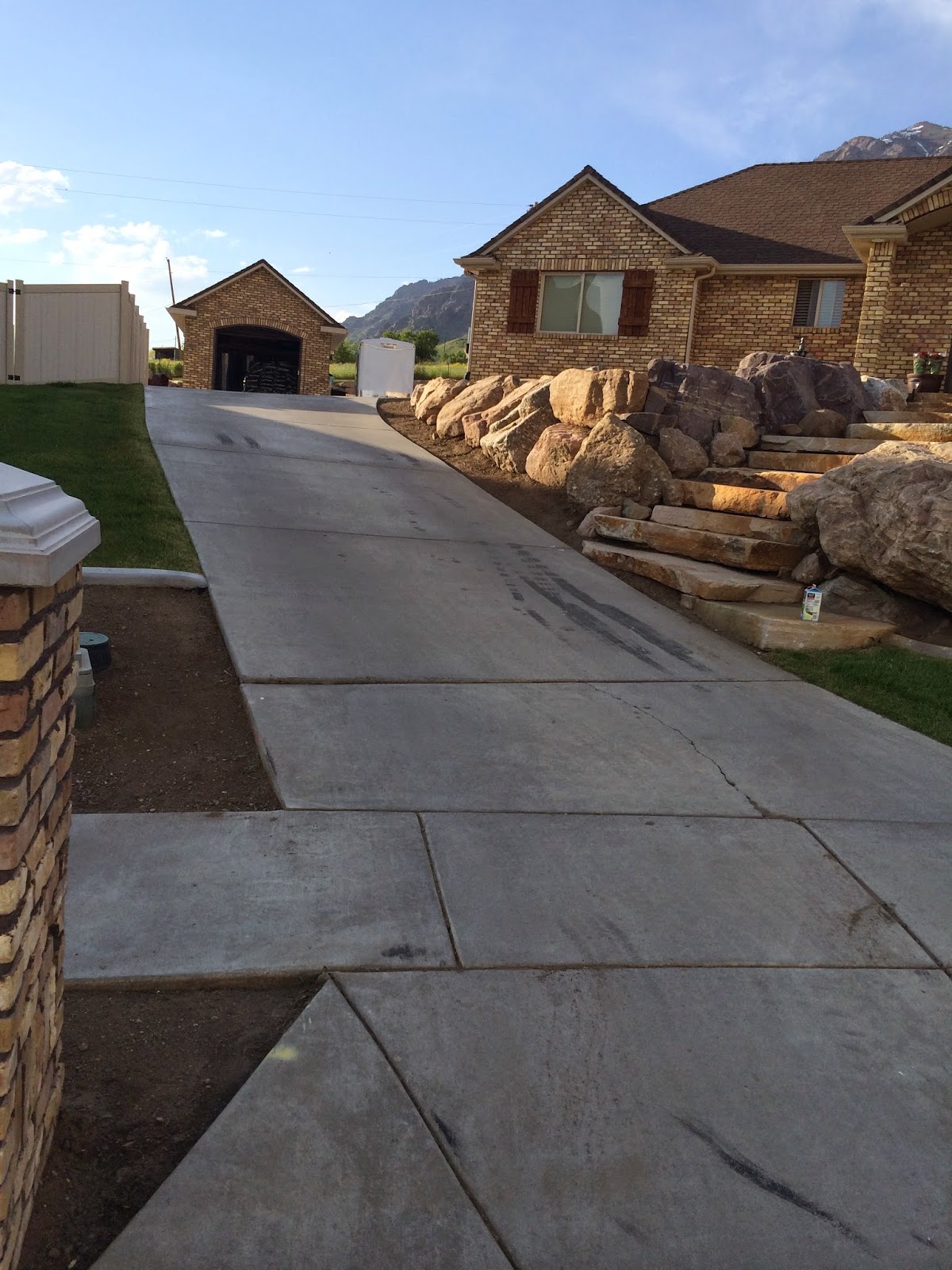 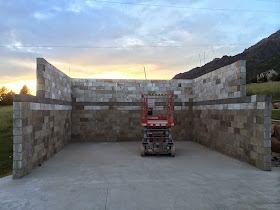 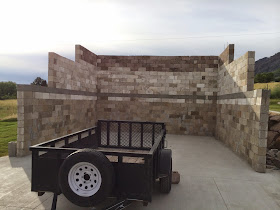 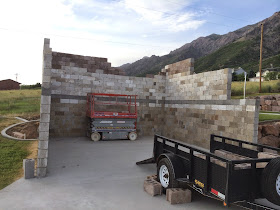 At this point I started filling the vertical columns with rebar and concrete.  Once they were all filled, I added the U block.  The middle course of block (dark grey running horizontally in the photo) is a U-shaped block that allows for rebar to overlap and tie with the vertical rebar.  This is sometimes called a bond beam.  Another row of U block is added at the top to tie everything together.


To fill in the defects and give uniformity to the playing surface, I chose to use a product called Quikwall.  It is a Quickrete product this is designed for waterproofing and reinforcing dry-stack walls and one of its primary uses is...for racquetball courts!  Who knew there was a product made specifically for that purpose?!  I special ordered the product through Lowes at their service desk.